The Shore - The Cape May Zoo

I only took a few hundred pics this past week while on my mini-vacation, so I figured it would be best to split this up into a few posts...

Anything you see in "quotations" is a Yankee/Jersey word/phrase that this southern boy normally wouldn't use.

Tricia and Gwyneth arrived in Jersey on Thursday, and drove with most of her family to "the shore", Ocean City on Friday...all of her brothers and sisters, with families in tow, spent, at least, part of the weekend hanging out and having fun. Tricia's parents rented a beach house in northern OC, a few blocks from the ocean, literally at the very north end of the boardwalk. I arrived late Sunday night. 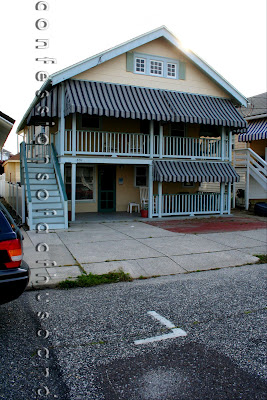 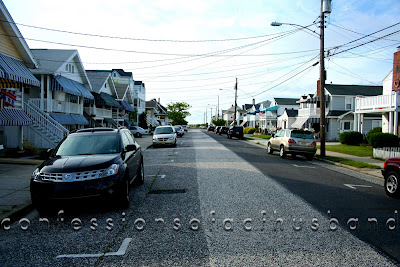 I was told that the weekend was nice and warm, but from Monday morning through Wednesday when we left to come home, the temps were in the 70's, the sky was overcast and there was a strong wind blowing off the water...which, of course, makes for some unfavorable beach conditions. I only spent about an hour total in the sand on the beach, most of that time fully clothed because it was so chilly. But, that's fine with me because I can go to the beach anytime I want anyway. Here's the one picture of me and Gwyneth on the beach, enjoying some fishes (they're so delicious!)...Tricia stayed wrapped in a sweatshirt and towel. 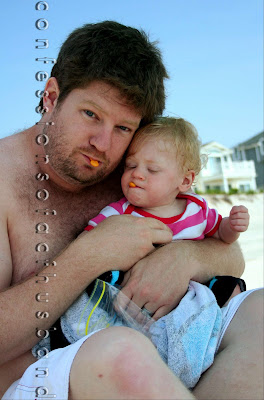 But, when we weren't directly on the sand by the ocean, the weather was perfect for everything else we did! Tricia grew up vacationing at Ocean City and other places along the shore in southern NJ, so she had 101 things for us to do. Monday afternoon, the three of us headed down the coast about 20 miles to the Cape May County Zoo!

This was probably the best zoo I've ever been to, which is saying something since I've been to some pretty sweet zoos. Here's a few reasons why (all you other zoos pay attention):

1) It's free...yes, free (although we did give a donation), which, based on my experience of the NJ shore, is pretty remarkable (considering you've got to pay just to physically be on the sand/beach...).
2) It was probably about 90% shaded...nearly everywhere you walk, you're under the shade of lots of trees (in comparison, our local Norfolk Zoo is basically a giant concrete oven).
3) It's not too big and not too small...it took us about 2 hours to walk through the entire thing and look at every animal. 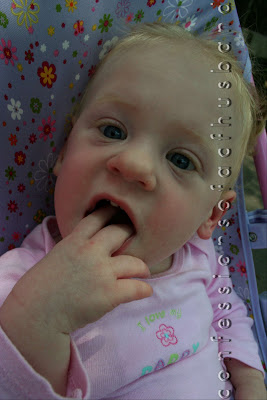 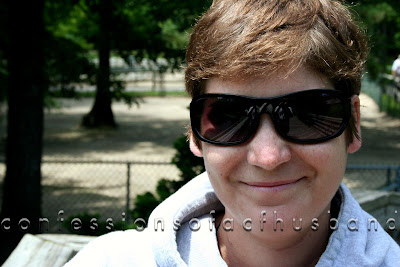 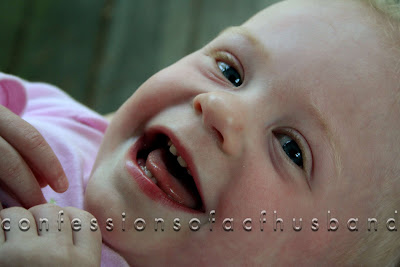 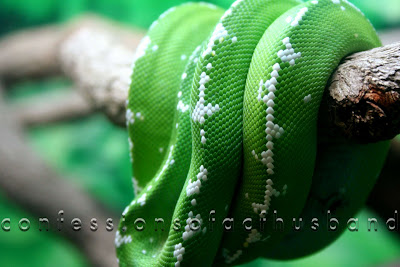 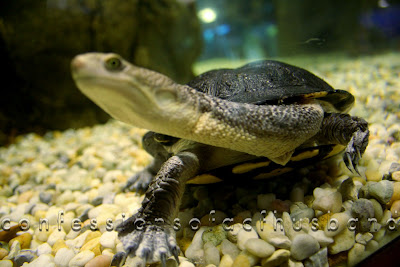 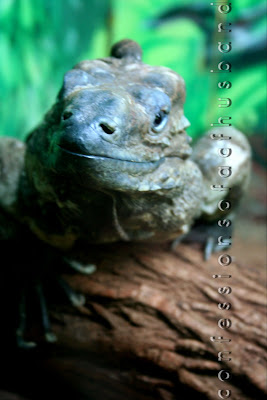 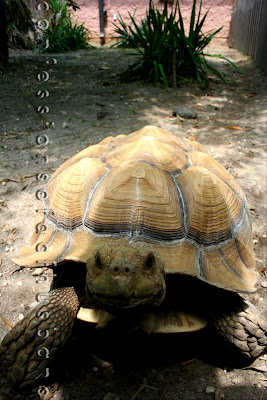 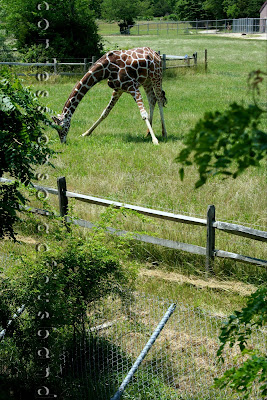 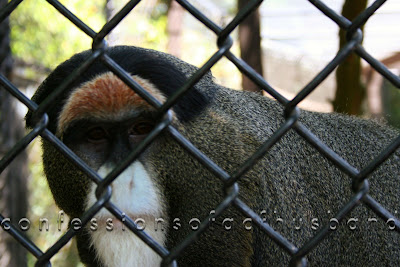 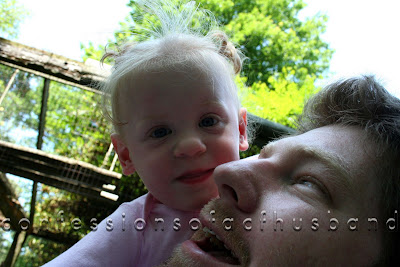 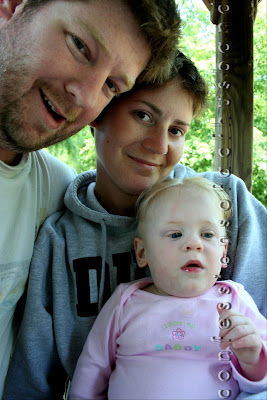 A couple of other highlights from the zoo include a newborn lemur, a local snake just hanging out near the alligator exhibit, and a very loud and lightning fast cheetah fight.

Looks like you all had a great time! Praying it was a time of peace and rest.

Sounds like you had fun. I spent one college summer working as a manager of a small hotel in Ocean City, so your pictures bring back memories. Personally, I prefer the NC beaches, but Ocean City has its own charm. But, I still don't get the concept of having to pay to go on the beach.

Looks like a nice little getaway! You got some very cool animal/reptile shots! And I love giraffes! Glad you had fun!

Great photos. Thats a great zoo...last time we were there it was pouring...but we had lots of fun. The boardwalk trails through the zoo, are awesome.

I love the Cape May Zoo! You really can't find another zoo around that is free and has giraffe's! (We always give $10.00 on the way out though.)

I hope you enjoyed your time up here. It's where I live and I love it!

Love the new pictures....the color of the green snake is magnificent.
If you ever find your self near Naples Florida, they have a pretty
awesome - beautiful zoo,
though not free but very reasonable.
thanks for the post and pictures.
gwyneths pigtails are way too cute.

I used to go to this zoo every summer as a kid--I had an Aunt who lived in Cape May. Looks like you had a wonderful family vacation and you certainly deserved it :)

Great pictures, it looks like you guys had fun. Your little girl is adorable as always, and getting more beautiful every post!

Just to correct you..the Jersey way to say it is..."going DOWN the shore" lol..ask Tric. And, yes the CM Zoo is great, free is always nice, but we always give a generous donation on the way out. Glad you had fun!

Most definitely sounds like my kind of zoo. I can relate to the concrete oven concept. Our zoo was like that about 10 years ago until the trees matured some and now provide more shade.
Love the giraffe shot. My favorite.
Kathy

Hey Nate,
Love the video of your little girl crawling. How sweet! The dog tried to steal the show! LOL
Sounds like the family had a nice trip to Ocean City, too. Love the pics. Kathy in GA

Oh my goodness--Gwyneth has SO many teeth! Makes for an even cuter smile!

So glad you had a great time!!!! What a sweet family you have:) So good to see you all happy and healthy!!!

How fun! I wanna hang out with you guys. Our zoo is sorta okay here, a tad over priced to enter tho. We have a couple of trains that pull you through the zoo for a fair price if you wish for more shade~Darlene

I've followed your blog for quite some time; my neice has a blog and you were linked to it. She is undomestic.blogspot.com.
Anyway, we vacation at the OC. shore, and have since my husband was little, now we take our children and grandchildren there too--is that Stenton Place in your pictures? We stayed on Stenton for about 15 years; we liked the quiet end of town. Now our family is much larger, so we headed to the south end-- a little less expensive. My other neice swears it's Stenton Place. Is she right?
You are always in our prayers. My blogging neice needs prayers too.
She got some not-so-good news this week.
Thanks.

Glad you enjoyed the Zoo. My family goes each year when we vacation in Wildwood. It is one of my favorites, like yoiu said, not too big & not too small & it is FREE!
I love looking back each year at pictures of my boys & comparing year to year & seeing how they change